Complaint from French to the ICC against 28 June 2021
Referral to the International Criminal Court under Articles 13.c and 15 of the Rome Statute Crime against humanity, violation of human dignity, enslavement, genocide and all other acts

* For having organized a situation of considerable damage and crimes on the French population:
The President of the French Republic, Mr. Emmanuel MACRON;
The Prime Minister, Mr. Jean CASTEX, head of government;
The entire current government representing the executive;
The entire scientific committee headed by Mr. Jean-François DELFRAISSY;
The Institut Pasteur in its President: Christian VIGOUROUX, section president of the Council of State and the Ex officio members representing the Minister of Research, Budget, Health, the President of the National Center for Scientific Research, the Director General of the National Institute of Health and medical research, as well as Sanofi Pasteur.

* For having actively participated in France:

The Minister of Health, Mrs. Agnès BUZYN;
The Director General of Health, Jérôme SALOMON;
The President of the National Assembly, Mr. Richard FERRAND;
The National Academy of Medicine, Dr CHARPENTIER Bernard, 1st division,
President The council of the medical order, Dr Patrick BOUET;
The Council of the Order of Nurses Mr. Patrick CHAMBOREDON;
The council of the order of physiotherapists, Mr. Pascale MATHIEU;
All the ARS (regional health agencies) whose list of names is communicated;
All the school academies for which the list of names is communicated;

* For having organized and actively participated from abroad: 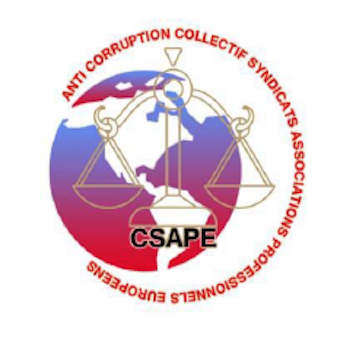 Object : Information
Referral to the International Criminal Court under Articles 13.c and 15 of the Rome Statute
Crime against humanity, violation of human dignity, enslavement, genocide and all other acts.

France, through the Pasteur Institute, is the instigator of sars‐cov2 alias covid‐19:

We inform you that a complaint has been filed at the ICC to prosecutor Karim Asad Ahmad KHAN.

All the factual evidence points to the French State, the instigator, through the Pasteur Institute of sars‐cov2 through its 2025 genomics program, which started in 2015. The program for which the Chinese are not the only ones responsible. The Wuhan laboratory relied on the research carried out by Inserm, working under the supervision of the Pasteur Institute, whose board of director members are the French State and a magistrate of the State council who covered up legal information concerning virus trafficking of mers‐cov, the presumed loss according to the statements of the institute of 2,349 TUBES OF SARS (sars‐cov) and 10 tubes of the EBOLA virus between 2015 and today.

Given the seriousness of the elements contained in this complaint and in order to avoid any coercion
aimed at burying these elements, the said complaint is made public at the international level, including for the attention of foreign heads of state and any other interested services.

The French state, its institutions and its global network have played a leading role in this catastrophic
staging, of fanatic ideological delirium served by obvious conflicts of interest and objectives that deliberately violate fundamental rights and freedoms, the prohibition on experiments on humans (Nuremberg code), the elementary rules of the precautionary principle, the prohibition of mass control, that is to say, so many offenses falling under international law enforceable against all States and which has been signed by France.

Some countries have followed this same authoritarian path, deceit commonly used to justify the freedom killing measures like the obligation for the population to submit to the RT‐PCR test at the instigation of a
certain Prof. DROSTEN, while it has been established by peers that this test constitutes a characterized
fraud.

The lies around "Covid‐19" alone require a thorough and rigorous investigation so that the reality of the
facts are definitively revealed for the benefit of populations.

The complaint can be downloaded from the site: www.csape.international
Powered by