The Bild newspaper in Germany reverses course and denounces pandemic as a scam: link here

Millions of children in this country, for whom we are all responsible together as a society, I would like to say what our Federal Government and our Chancellor have not yet dared to say: We ask you to forgive us. We ask your forgiveness for one and a half years of a policy that has made you victims.​
Victims of violence, neglect, isolation, emotional loneliness. For a policy and a media coverage that to this day instils in you like poison the feeling that you are a mortal danger to our society.
You are not, don't let anyone tell you that. We have to protect you, not you us.

​This shames us as a society 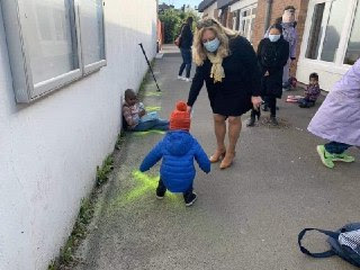 I want to make it as clear as possible: what has been done to you children by a government that we as parents elected also and above all for you, which we obviously did not criticise harshly enough for closing schools and blocking football fields, shames us as a society.
Since the pandemic began in March 2020, twenty people under 20 have died in Germany from or with Corona. In 2020, 152 children under 14 were killed, forty more than in the same period in 2019.
They represent what children go through to this day in the isolated and compartmentalised spaces of the lockdown, in small social housing but also in spacious homes where confinement seems to have unleashed violence without the spaces of refuge and protection being open.
The killed children stand for all the abused children whose bruises and abrasions no teacher, no football coach could see and report.

"Close the schools last and open them first" - this is the promise our governments in Berlin and the federal states break every day.
What they are doing to children does not seem to be worth the effort of Chancellor Angela Merkel and the Minister Presidents to send teachers back to the schools immediately - IMMEDIATELY.
Beer gardens are full, classrooms are empty.
The Swedes have never closed their schools. They have lived up to their responsibility to the children. We haven't. The children's minister has just left office early to prepare for an election campaign undisturbed by doctoral thesis allegations. Franziska Giffey left without even leaving a post-it with two sentences on what could be done better for children. One cannot express indifference towards the entrusted in a more cynical way. 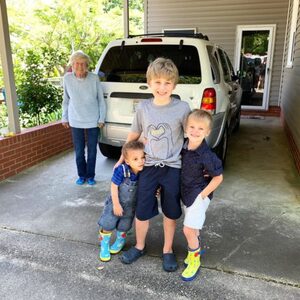 Enough people, including BILD, have always warned of everything that has happened to our children. But nothing happened. Was there a Merkel summit for children? No. Instead, it was drilled into our children that they would kill grandma if they dared to be children, to meet their friends. None of this has ever been scientifically proven by anyone. It was just convenient to claim that because children don't fight back and don't vote.

My question to our politicians is: Who says to the face of a child with legs beaten blue that education is a matter for the states and municipalities?

Friends tell me about their teenage sons who did sport five times a week until the pandemic and now not at all. Their adolescent energy, anger, desperation is discharged inwards, instead of into a ball, into a shot at goal. We must finally realise that we are creating mental wrecks.

If the state takes away a child's rights, then it must prove that it is thereby averting an immediate, concrete danger. This proof has never been provided. It was replaced by propaganda slogans about the child as the driver of the pandemic. Those who wanted to contradict were not invited to the expert panels of the Chancellor's Office.
I personally experienced what all this has done when I was allowed to visit the impressive everyday heroes of the "Arche" in Berlin-Hellersdorf a few weeks ago. The poorest children in our rich country, who otherwise found structure, reliability, refuge and food (!) there every day, were only allowed to come once every fortnight during the pandemic. And that was simply because no one in politics cared how it could be done better.

You have to have experienced a nine-year-old saying "I love you, you're my best friend" to you after you've simply played UNO with him for two hours to be able to guess how lonely these children are.

Our federal government is only a few weeks away. I implore them to finally, finally, finally dedicate the little time remaining and all their strength to the children and to do everything to heal what they have done to the youngest and weakest. Our politicians should open schools and gyms instead of campaign stands. Otherwise they will leave in their conscience and in the history books a field of rubble of children's souls.
Powered by