Bingo!  The conspiracy to commit genocide through the “Covid” scam unravels day by day.  Now we find out that the crook who made the fake "Covid" PCR test shares the same address with a company that may be responsible for causing people to become magnetic by supplying products not intended for human use to the non-vaxxine makers (see "Purchaser Notification" below).

Dr Jane Ruby (https://www.bitchute.com/video/JtmD5qIB4Vdg/), a health economist, reveals that Chemicell, the company that may be responsible for supplying the non-vaxxine manufacturers with products for magnetofaction, to drive the lipid nanoparticles into the cells of the bodies of the vaxxenated, shares the same Berlin address with Christian Drosten, the man behind the fake PCR test, who has been pinpointed by Dr Reiner Fuellmich as the man who made the plandemic possible (https://www.globalresearch.ca/video-crimes-against-humanity-the-german-corona-investigation/5725795). 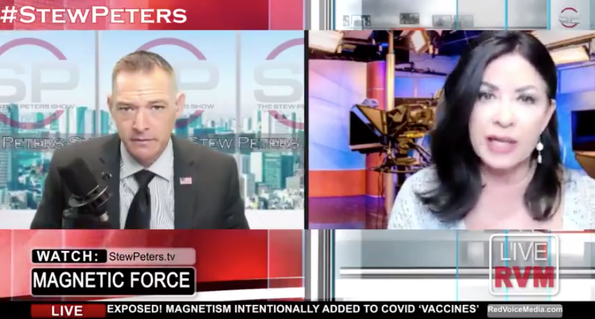 Magnetofection™ (http://www.chemicell.com/products/Magnetofection/Magnetofection_separation.html)
Description
Magnetofection™ is a novel, simple and highly efficient method to transfect cells in culture. It exploits magnetic force exerted upon gene vectors associated with magnetic particles to draw the vectors towards, possibly even into, the target cells. In this manner, the full vector dose applied gets concentrated on the cells within a few minutes so that 100% of the cells get in contact with a significant vector dose. This has several important consequences: 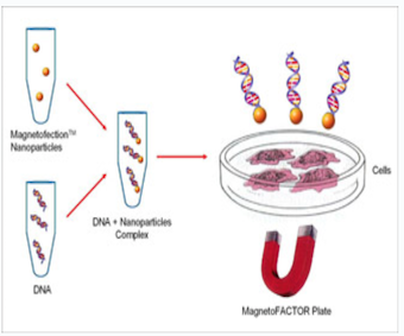 Magnetofection™ Reagents
As the manufacturer of the Magnetofection™ technology, chemicell offers two types of ready-to-use Magnetofection™ reagents.
PolyMAG is a universally applicable magnetic particle preparation for high efficiency nucleic acid delivery. It is mixed in a one-step procedure with the nucleic acid to be transfected and has been used successfully with plasmid DNA, antisense oligonucleotides and siRNAs.
CombiMAG is a magnetic particle preparation designed to be combined with any commercially available transfection reagent such as polycations and lipids and can be associated with plasmid DNA, antisense oligonucleotides, siRNAs or viruses. It allows you to create your own magnetic gene vector based on your favourite transfection reagent.
From the Chemicell website:
http://www.chemicell.com/products/Magnetofection/Magnetofection_separation.html
References